My research is split into two sections across the aquatic continuum: freshwater and coastal The hyporheic zone (HZ) of streambeds, where surface water and groundwater mix, is an area of increased biogeochemical reactivity. This results from a unique mix of substrate concentrations, surfaces, microbial activity and steep redox gradients. The HZ, therefore, has high rates of nutrient cycling leading to reductions in water pollution and respiration. This in turn leads to production of the three major greenhouse gases (CO2, CH4 and N2O) primarily through aerobic and anaerobic respiration, denitrification and nitrification. Despite the importance of the HZ there remains a lack of adequate porewater sampling technologies and standard protocols and this project addresses this through the development of sampling technologies and assessment of standard protocols. Additionally, the drivers of nutrient cycling and associated greenhouse gas production in streambed sediments are not well understood and so these are investigated in agricultural streambed sediments with a focus on temperature, sediment type, season and organic matter. 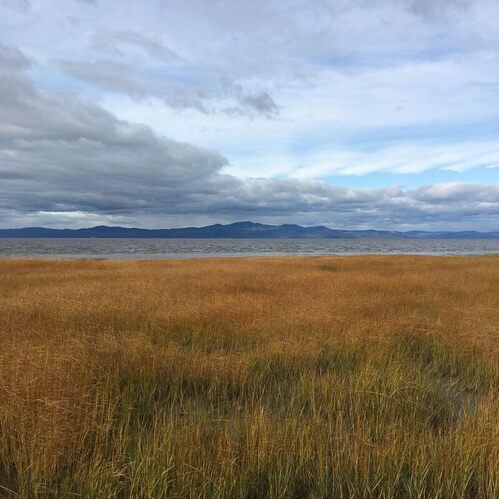 Coastal wetlands are globally important ecosystems providing valuable ecosystem services, such as carbon sequestration over long timescales, affecting global carbon cycling and climate modulation, and nutrient cycling. The amount of carbon sequestered and therefore, the net long-term global cooling potential of coastal marshes, however, is affected by complex biogeochemical reactions in marsh soils, which may produce and/or consume all three of the major greenhouse gases (CO2, CH4, N2O). The magnitude and direction of these fluxes, and whether marsh soils act as a source or sink of greenhouse gases, is affected by a variety of environmental factors which are predicted to vary with projected global change. MarshFlux, therefore, aims to address fundamental gaps in understanding of how the global cooling potential of coastal marshes will be affected by responses of biogeochemical reaction rates and greenhouse gas fluxes to global change. The effect of multiple drivers of global change on the response of greenhouse gas fluxes and key microbial processes for the consumption and production of N2O, will be investigated focussing on temperature and nutrient-loading and vegetation. This research is critical for effective management of coastal wetlands to maintain their blue carbon value under future global change.​ ​Plastic pollution has received lots of attention in the media due to the quantity of plastics found in the oceans with microplastics, less than 5mm in diameter, typically receiving less attention although they are widespread in ecosystems. Plastic has a negative effect on wildlife, human health and ecosystem functioning. Microplastics often enter the ocean via rivers, which become contaminated in multiple ways including waste-water treatment outlets, runoff from roads and unsuitable waste management. A key component of plastic pollution to understand is its transport from rivers to the ocean, a journey which may take it through coastal wetlands in many areas of the world. One type of coastal wetland is mangrove swamps, which occur along tropical coastlines and are commonly found in deltas, estuaries, lagoons and islands. Mangroves have many adaptions that enable them to live in the extreme environments they inhabit including their ability to trap sediment. This project aims to determine whether coastal wetlands trap microplastics before they enter the ocean, which will allow us to determine if this is serving as a protection to the ocean and what affect this might be having locally in the mangroves.
This work currently focusses on the mangrove forest of Xuân Thủy National Park, in the Red River Delta of Vietnam.
Past Research Projects
The effect of land-use and restoration on greenhouse gas fluxes and denitrification in tropical coastal wetlands of Vietnam
2019
PIs: Dr. Sami Ullah, Prof. Stefan Krause, Dr. Nick Kettridge, Prof. Nguyen Ngoc Minh, Prof. Hue Thi Van Le, Prof. Nghia Nguyen
Affiliations: University of Birmingham, Vietnam National University, Can Tho University
Funders: Institute for Global Innovation at the University of Birmingham, UKRI Global Challenges Research Fund

Coastal wetlands are highly productive systems that sequester large amounts of carbon in their soils and sediments. The term Blue Carbon refers to the carbon stored in mangroves, salt marshes and seagrasses, which have received particular attention as carbon stores. Recently, tidal freshwater forested wetlands, which may sequester large amounts of carbon, have been suggested as additional Blue Carbon ecosystems. Coastal wetlands are also areas of enhanced nutrient cycling, which can buffer coastal oceans from nutrient pollution through plant uptake of nutrients and soil microbial processes such as denitrification. These ecosystem services are affected by multiple drivers including changes in land-use, which include deforestation, conversion to agricultural fields and restoration efforts. This project aims to investigate how sediment greenhouse gas fluxes and rates of denitrification vary across areas of differing land-use. This work focusses on mangroves within Xuân Thủy National Park, in the Red River Delta of Vietnam where deforestation as well as restoration projects have occurred and the melaleuca swamp within U Minh Thượng National Park in the south of Vietnam where conversion to agriculture and reforestation after large disturbances have occurred.
Outputs: Comer-Warner et al., STOTEN 2021. Conference presentations including EGU.
​ 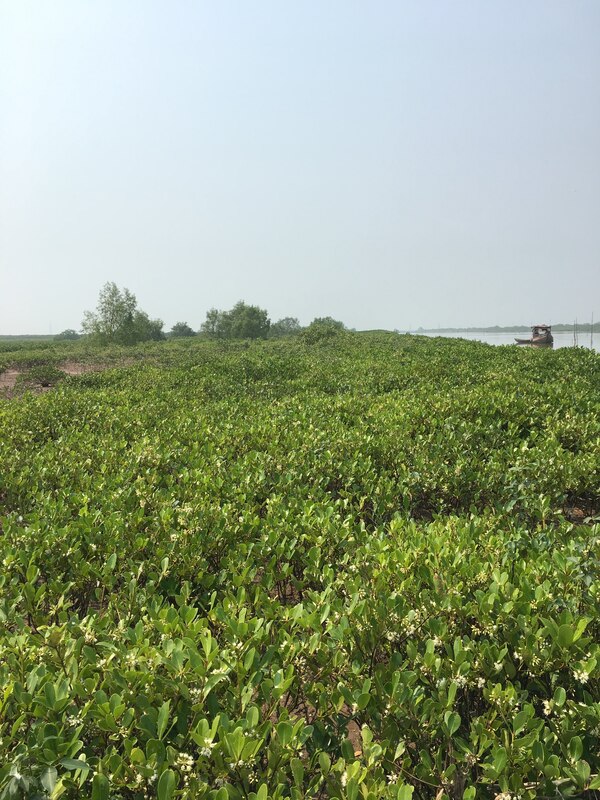 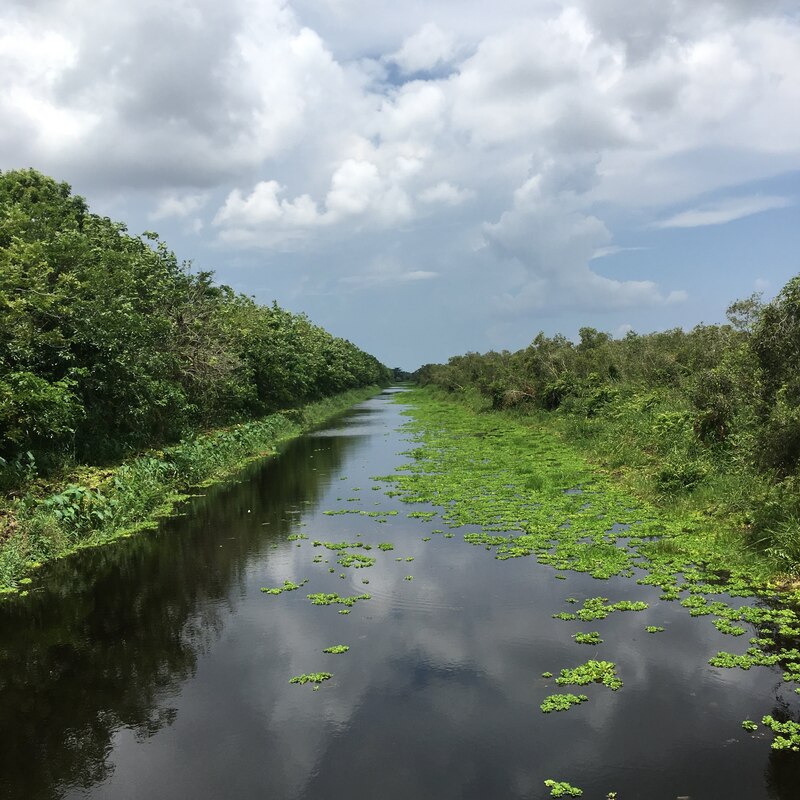 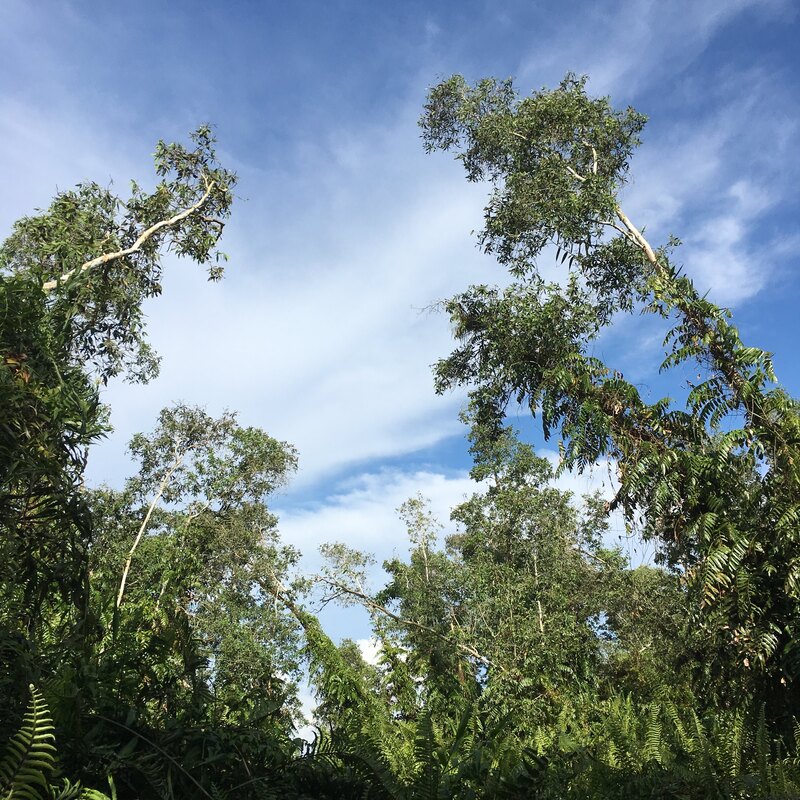